About Musicians As A Community Resource

Those of us who work in and for orchestras realize the need to create programming for both large and small groups; programming that strengthens and enriches communities in areas that the community considers to be important. We can use music to address community concerns, and we can adjust how we present the music in accordance with the diversity of interests and experience of our musicians and our potential audiences. Penny Brill, who first became known for her work in establishing the Pittsburgh Symphony’s music and wellness program, has created the MUSACOR site. MUSACOR, along with its partner site on Facebook and the compendium Music as a Global Resource, is intended as a forum to provide you with ideas and resources to support the development of effective, in-depth, sustainable music programs well-suited to your community’s changing needs.

Topics are grouped under the following headings, with subjects to be covered:

Designing music programs that target specific goals. Discussions of possible goals and how they can be addressed musically.

Programs in your local Children’s Hospital.

Programs for a memorial service, or for cancer patients, support groups or palliative care.

Programs for the underserved: at- risk youth, low income children and families. Some of these programs can also be found  in Education.

Programs in prisons or juvenile facilities.

Programs for the homeless.

Programs supporting the acculturation of refugees and immigrants.

Programs for community healing after traumatic events such as natural disasters, for soldiers recovering from the effects of war, or for political conflict, violence, rape or torture survivors. Some of these programs can also be found in Health. 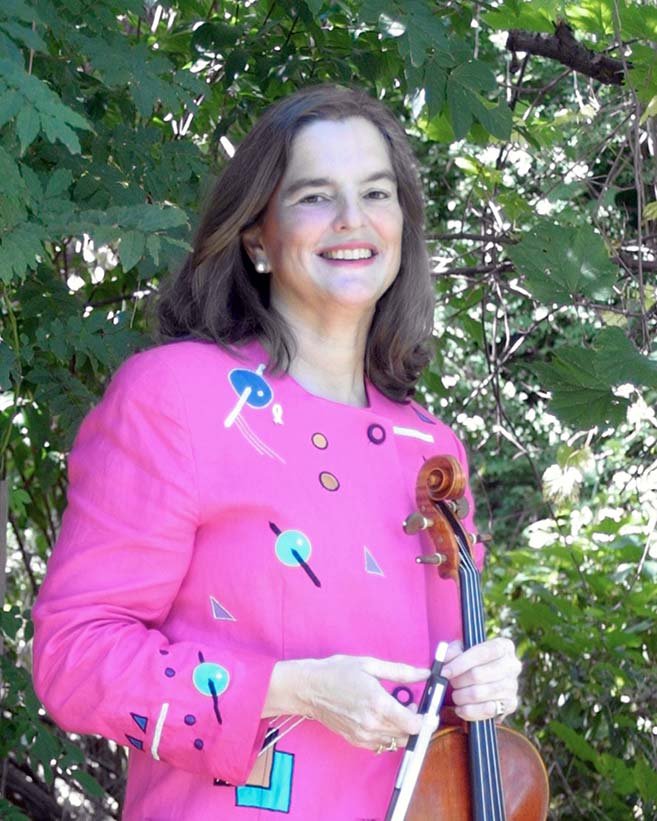 Penny Brill, a member of the Pittsburgh Symphony Orchestra’s viola section since 1980, is perhaps best known for her innovative work with the use of music in health care. In addition to helping to implement and support the PSO Music and Wellness program, she advises and provides resources for orchestras and orchestral musicians throughout the country wishing to play in medical settings or work with special needs children, veterans or refugees.  She has given a number of workshop presentations at national conferences on how to design and implement programs in cities with extremely varied demographics, needs and music preferences. These design ideas and resources are all available on this website, MUSACOR (Musicians as a Community Resource.)

In 1985 she won the Pittsburgh YWCA Tribute to Women Award in part for her work on redesigning the hiring process at the PSO. In May of 2002 she won the PSO’s Vince Calloway Customer Service Excellence Award for her work with Music and Wellness. In 2003 she won the National American Music Therapy Association (AMTA) Advocacy Award. In 2006 She won AdagioHealth’s Tempo Award in recognition of “generous and significant contributions to improve the health and wellbeing of women and families in western Pennsylvania.” In 2010 she won the AMTA Mid-Atlantic Region’s Advocacy Award. In 2013 she won the Paul J Ross Award for excellence in education and community engagement. In 2016 she won the LOA’s Ford Musician Award for Excellence in Community Service.

She was part of the AW Mellon Orchestra Forum as well as the Mellon Task Force, which were looking at the future direction of orchestras. She is the former Treasurer of the International Conference of Symphony and Opera Musicians (ICSOM) and is one of only two women to have chaired the Pittsburgh Symphony Orchestra Committee. She was a founding member of Blues on First, a jazz string group.

Her work with Music and Wellness receives a great deal of local and national media attention. In addition to numerous articles in local publications, she appeared in Health magazine, BBC Music magazine, the British Medical Association Newsletter, Symphony Magazine,The Strad (online), Harmony Magazine,  Making Music Magazine and The International Musician, among others. Her most recent article, “Addressing Community Concerns Through Music,” was published in the IAMM journal Music and Medicine in the July 2016 issue.

She is currently on the Board of UN-affiliated Music as a Global Resource, as well as the International Association of Music and Medicine (IAMM).

Ms Brill is originally from Seattle and Portland Oregon. She began her music studies on viola and piano. She competed internationally in middle distance track events (when women were allowed to run in them) including the finals of the first national women’s 1500 meters in Denver CO (1968). She is a graduate of Smith College and the Juilliard School. She taught at the Oberlin Conservatory for two years, played viola for one season with the Buffalo Philharmonic, and subsequently joined the PSO.